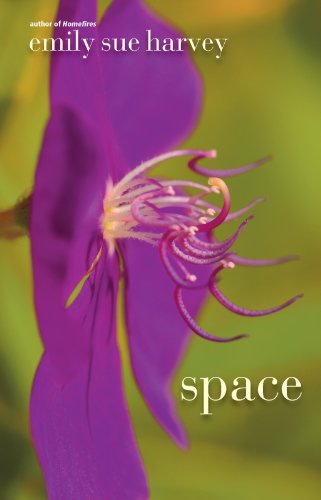 Space by Emily Sue Harvey
Paperback, 260 pages
The Story Plant
*I was given a copy of this book for review. The opinions expressed are my true feelings. No compensation for this review was received. This review is part of Virtual Tours*
In reading books I find that my life, beliefs and experiences are hard to divorce from what I am reading.  When writing a review I try to keep in mind that everyone has different beliefs and experiences. So when I read a book that is excellent but has an element, (or elements), that I think may tend to have people place it in a certain slot, I feel the need to say something about that.I hate when a book gets pushed aside as being one for Christians, Jewish, Muslim, Wiccans, Homosexuals, Heterosexuals, etc. I hate labels which may be why I read so many genres. Anyway. This book does tend to focus on the Christian faith. The family depicted are Christians and they rely heavily on their faith to get them through. If you are not Christian, or are but tired of it being pushed at you in books, please do not let that deter you from reading this book. Emily Sue has written a truly compelling book.
Deede Stowe and her sisters were adopted by very loving parents. They were raised in an atmosphere where family is everything. When Deede marries Dan she dreams of having her own blood children. However the years pass by and she is forced to watch both of her sisters have families. She receives the devastating news that she will most likely not be able to have a child of her own. Heartbroken she and Dan decide to adopt. Before they are able to put that plan in action,  Deede finds she is pregnant.  She and Dan raise their daughter, named Faith, as a miracle child; pouring love into her.
The story opens with Faith as an adult with a failed marriage, a child and a devastating drug habit, returning home to live. Dan and Deede are ready to live out their dream retirement. This now becomes impossible. Keeping Faith out of jail and clean is costing them everything. Their once tranquil home is now a battlefield. Private time is now a necessity for respite from Faith and her problems. Gone is the use of that time as romantic and sexual. Space for each of them as a family, as a couple and as individuals is at premium rates. Faith is draining them not only financially but in every way possible. With relapses, promises, deception, theft and the ever growing legal problems the family is drowning. Dan has reached his limit and is going the tough love route. Deede doggedly goes the unconditional love route. Faith continues on in the selfish, needy, angry way of addicts and the self loathing, guilty and depressive way of early recovery. No one knows more than she what she has lost and the destruction she has wrought. All they have left to cling to is their faith; in God, in His will and mercy, in each other and in the family.
This is a chaotic story. Emily Sue has done an amazing job of making it very real. The battles, the relationships, the feelings are all very candid. The family and all they go through is not just presented to us as Dan, Deede and Faith but includes all extended members of the family. There lies both their strength and their weakness. This is a truly honest,vivid look at the cost of drug addiction and family. You will feel the pain of being torn between your spouse and your child. You will come to know the ugliness that can appear in the best of families. You will marvel at the ability to keep hoping when it appears that all hope is gone.  This could have been a very depressing book. Instead, while being heart wrenching, it is very inspiring.  It is a testament to love and the ability to change yourself when change is all that is left.
I am giving this book 4 and a half stars because there is one part I felt the author dropped a bit on. Faith has a daughter, Maddie, who is there in the beginning and then kind of drops out in the middle to be picked up again at the end. Even though the author addresses it later on I would have preferred to know why she was gone from the story upfront. It is not a major distraction but you will most likely be asking, "what happened to Maddie?" at one point.
This is the first book of Emily Sue Harvey that I have read. I have her next book waiting for me on my Kindle. I am looking forward to reading Unto These Hills. I f it is as good as Space I will most likely go back to pick up her other books. 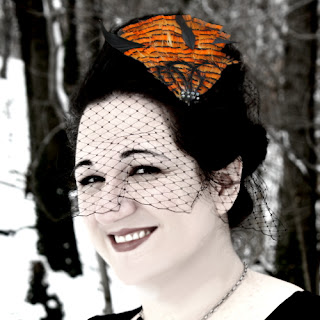 Bio: Pavarti K Tyler is an artist, wife, mother and number-cruncher and has been committed to causing trouble since her first moment on this Earth. Her eclectic career has flirted with Broadway, Teaching, Law Firms and the IRS. She is currently consulting with Novel Publicity while hard at work establishing her Indie Publishing Company Fighting Monkey Press.


Pavarti's debut novel, Two Moons of Serais a Fantasy/Romance and will be released in serial format beginning November 2011. Her next novel, Shadow on the Wall, is a work of literary fiction and is scheduled for release in Early 2012.
You can follow her on Facebook, Twitter or her website.
Please leave your comments. Pavarti and I are interested!
By Frances - October 18, 2011 No comments:

A Country Village Christmas by Suzanne Snow My rating: 4 of 5 stars View all my reviews ...