Enter The Gratitude Giveaway for a $25 Amazon Gift Card 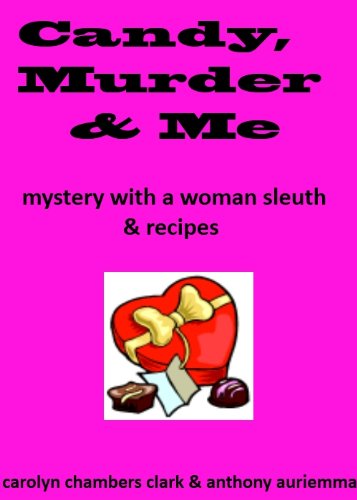 Candy, Murder & Me - Carolyn Chambers Clark, Anthony Auriemma
Kindle  -  Ebook
* I reviewed this book as part of Indie of the Month. I was not compensated for my review. All opinions are my own.*
Good Reads:
CANDY, MURDER, AND ME is an 80,000-word cozy mystery set in Florida, in and around a dress design company, which co-stars Sigmund Freud, a psychoanalyst dachshund. When full-figure dress designer and candy addict Cookie Berelli discovers the PI she hired to clear her of embezzlement charges dead in her design studio, she investigates, to wacky results. For example, is Eugene Gemstone involved? After all, he is her number one fabric cutter at Florida Fashions, and he did start acting overemotional after he wore one of the dresses she designed into the ladies’ room at Chez Riso and got arrested. He's especially suspect now that he's disappeared with all of Cookie's candy stash. Then again, it could be that cute PI, Andy Shea, who shows up at the funeral of her dead PI, and makes her hear the love song from GONE WITH THE WIND in her head, or it could be just about anyone else on the planet. Everyone's starting to look suspicious now, especially Yuri Yarutski, who owns a sports bar in the bad part of town and wants to go a few rounds with Cookie, the woman who lives in a tree (who in Florida can live withoutair conditioning?), and even Bernadette Humphreys of Bernie's Tattoos who comes up with the weirdest body art. Okay, yes, Cookie did find the body, in fact two of them,and so she has to clear herself, but does that mean the murderer has to go after her?Recipes from her Norwegian and Italian heritage including Grandma Berelli’s Pralines (“Worth going to jail for”), Cookie’s Maple Candies (“So good they’re criminal”), and Nana’s Kringlas (“To kill for” - ), among others, are available throughout the story to break up the mayhem.
My Opinion:
I don't think I have ever ate so much candy while reading a book before. Good thing it was after Halloween so I had a stash to raid on hand. Candy aside, I honestly had fun reading this book. It is fast paced and crazy. At certain points I was even hearing the boss's voice from Charlie's Angels, (the old series from back in the day),  which I thought was hilarious. I love candy and I am slightly crazy sometimes, (shut up wise children of mine or Santa will not stop by), my boots must match my dress and accessories must match my jacket and clothes,  (honey please stop mumbling about money, fashion and this is Alaska while I'm writing my blog. You know you like how cute I look. Besides everything was on sale. Really.), so I could relate well to Cookie. She was hands down my favorite character in the book. I could imagine so many good times with her. I could see us sitting in the back seat of a cop car, looking at each other and asking , at the same time, 'what's your plan now?'.
There is a fair amount of violence in the book but nothing too graphic. It is a murder mystery so some violence is to be expected. There was no heavy sex scenes even though there is a possibility of romance. No bad language so it is perfect for those who wish to read without language issues. We meet Cookie's family and I really loved the strong bond presented there.
Cookie and Rhonda made a nice pairing. I could see Joey, (Cookie's brother), hooking up with Rhonda and PI Andy hooking up with Cookie. I hope there are future books with the four of them keeping open the business and getting into some zany predicaments.
The mystery itself was not too bad. It did seem slightly tangled as there were other issues going on. I would hope that the main mystery is just a bit cleaner next time. I was confused at the ending the first time I read it. I got it after reading through a second time. I did like that there were a few cases Sam was investigating when he died. It left more suspects and seemed more like an agency than it would have if Cookie's case was the only one. I liked that they were solved along the way and not just mentioned and dropped. I hate when that happens.
There are recipes scattered throughout the book. I liked that they were spread throughout the book, appearing wherever they were mentioned in the story. The one thing I would ask the authors to do is add an index with the titles of recipes and location of the recipe listed. I made the Cajun Chicken and it was great! However it is time consuming to go back and find the recipes I want to make.
Overall rating of this is 4 stars from me. I had fun reading it and that was the whole point.  It moves fast and is not to lengthy. Just be sure to stock up on some mixed candy before starting it or you will be looking for some.
Other books by Carolyn include, (this is not a complete list): 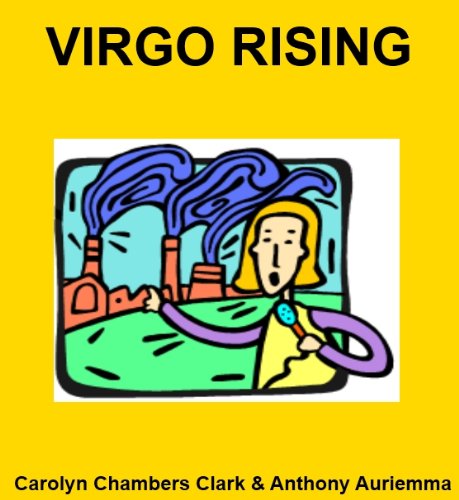 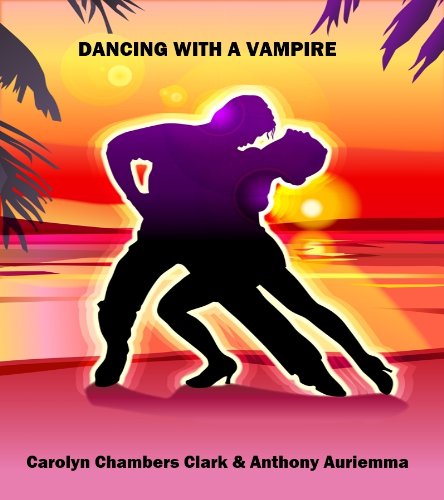 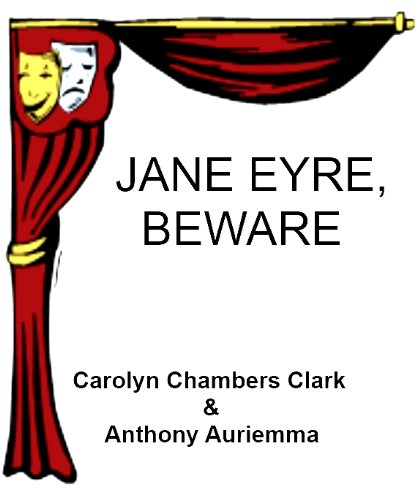 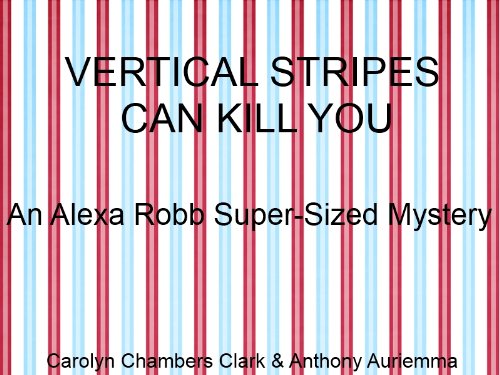 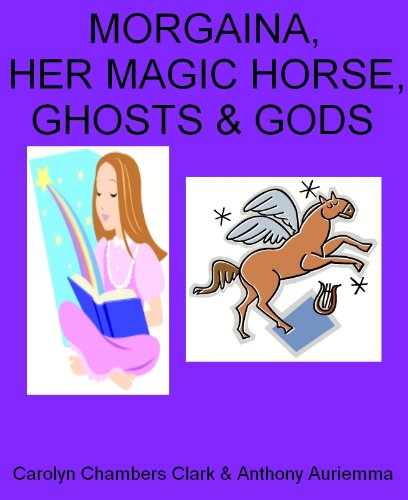 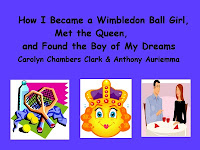 How I Became a Wimbledon Ball Girl, Met the Queen, and Found the Boy of My Dreams tells it all!

Takes place in Wimbledon, England. Will teach you some BritSpeak as well as show you what happens during the Wimbledon Tennis Tournament...of course it's fictionalized, but still, you can almost hear the roar of the crowds!

KJ Steele is an emerging writer who has learned that the process is not so much about choosing what to write as it is about having the courage to write what chooses to be written. Having spent the first half of her life creating an amazing family with her husband, Victor, she intends to spend the rest of it creating equally amazing fiction.
You can find out more about her and her book by visiting her website at http://kjsteele.com, on Twitter at http://twitter.com/KJSteele4 and on Facebook at http://www.facebook.com/pages/No-Story-to-Tell/122592254511039

No Story To Tell By K J Steele
ebook, 388 pages - Published by The Fiction Studio
The Book Blurb:
Victoria Lackey, a once extraordinarily promising dancer, now finds herself mired down in a joyless marriage, tending to a heart full of secrets, her dream of being a dancer buried deep within her.
Buried within her, that is, until Elliot, a newcomer to the small, gritty town of Hinckly and a sensual artist, recognizes the dancer’s spirit within her. Believing in her abilities, he encourages her to open a dance studio, something previously forbidden by Victoria’s boorish husband, Bobby.
With Elliot’s attentions sparking the flame of desire within her, Victoria suddenly begins to receive softly seductive anonymous telephone calls. Encouraged by her best friend, Rose, Victoria slowly allows herself to start enjoying the calls, eventually creating a perfect fantasy lover in her mind. Eventually, she slips from listener to speaker and begins to divulge the intimate and profound secrets that haunt her soul.
Inevitable tensions begin to arise between Victoria and Bobby as he attempts to keep her newfound freedom from taking root. Desperate to resuscitate the woman she was truly meant to be, Victoria is in for the struggle of her life. With a burden of secrets collapsing around her and a life hanging in jeopardy if she embraces her own, Fate devilishly delivers her to an impossible fork in the road.
Where Stories Begin
I did not grow up in a house filled with stories. I did not sit around the dinner table being astounded by tales of familial adventures or mis-adventures. For many years I wished that I had. I envied other writers who seemed to have such a treasure-trove of interesting stories to rummage through when creating their novels. I felt that I had a bit of an arid history. But, then, of course, I realized that wasn’t true at all.
In the absence of stories gifted to me through passed down verbal lore, I was forced to allow the observances of life to congregate upon my page. And congregate they did. It amazed me how one small detail, of no real particular interest in and of itself, could flourish into a riveting story. As if the detail was merely an innocuous door the imagination steps through in order to access the world in behind.
I didn’t realize quite how adroit my mind had become at picking out details from my surroundings and stepping through into a story, until my daughters pointed it out to me one day. I had been out dancing the night before, and was regaling them with some story about one of the men I’d been covertly observing all night. Now, don’t get me wrong. I wasn’t watching him because I wasinterested in him. I just found him interesting. He was a very methodical, accomplished dancer. Great care had gone into the selection of his evening attire. Obviously, he loved to dance and did so nearly every song, going around the room asking various ladies onto the floor to join him. But, what interested me was that although he loved to dance, he really had no one to dance with. He arrived alone, sat alone, and left alone. Curious.
So, without my even realizing I was doing it, I began to create his story. All the reasons as to why he was alone arose in my mind. Was he happy, sad, a widower, or a pervert in planning stage? The possibilities were endless. And it wasn’t until my daughters pointed it out to me, that I realized I had stepped through the observance of his aloneness, into the creation of a story in an attempt to explain it.
And that ability, which we all possess, to create something beyond the smallest detail, is the point where all stories begin. Truly, no one has an arid history. Every day provides us with countless entry points into the what-ifs of life. We simply have to be willing to wake-up and become keen observers.
Comments Always Welcome!
By Frances - November 18, 2011 No comments: