I am delighted to have with me today Jeanette Baker. Jeanette is the author of Witch Woman, a book I reviewed yesterday. Jeanette has graciously agreed to write a guest post for us. Thank you so much Jeanette and welcome! 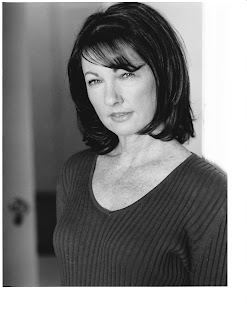 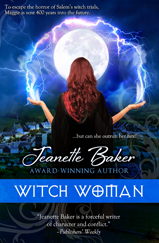 WITCH WOMAN is my first Indie novel. After 15 books published by giant houses, Kensington, Pocket and Mira Books, I decided to branch out and test this brand new world of self-publishing with a book that is similar in tone to the Celtic paranormals I’d written previously and yet, completely different. Witch Woman is not a romance and it isn’t set in Scotland or Ireland, where I live during the summer months. Instead, I flew off to Salem, Massachusetts to investigate the city’s charm as well as its dark history. What came about was a paranormal with a contemporary heroine completely different from any I’d attempted to create before.
Readers of WITCH WOMAN often ask why I explored the possibilities of DNA memory and time travel or why I created a left-handed heroine with an interesting mutation, a clairvoyant who dabbles in white witchcraft.  The answer is, The unusual fascinates me. It has since that September 17, 1964 evening when beautiful, blonde Samantha Stephens, the star of the television series, Bewitched, twitched her turned-up nose, hooking me forever. Wouldn’t it be wonderful, I thought, to have the power to sway the mortal universe to my way of thinking? I remember rolling my pre-teen eyes at the doddering predictability of Samantha’s husband, Darrin who, with typical mortal myopia, wanted an ordinary wife. I empathized with Endora, her mother, over the stupidity of mortals and cheered when Aunt Clara’s magic actually worked.
Years later, during post midnight feedings, I introduced my infant children to the magic of Samantha’s spirit world, occasionally twitching my own nose in credible imitation, hoping that my colicky, wide-awake infants would magically fall asleep. Sadly, the gift of magic continued to elude me until I first put pen to paper and realized I could create my own bewitching heroines, endowing them with all the characteristics I longed to claim as my own.
The results of course, are my paranormal novels, LEGACY, CATRIONA, and my newest endeavor, WITCH WOMAN the story of a child sent 4 centuries forward into the 20th century to escape the horrors of Salem’s witch trials, and her mother, aware of the dark forces that followed her, who frantically searches for the shrinking time portal to bring her child, now a woman, home.
Witch Woman: The lives of Abigail March and her daughter, Maggie, play out along parallel lines, both women blessed and cursed with a selective birthright and marked by a startling mutation. In 1692, Abigail and three-year-old Maggie are accused of witchcraft. Most women facing the hangman’s noose during this shameful time are innocent. Abigail is not. Summoning her powers she sends her child through a time portal into 20th century Salem. Maggie grows to maturity knowing nothing of her past until her foster mother’s deathbed confession. Using her own clairvoyant abilities and medium of an ancient spinning wheel, she resurrects her past through a series of troubling dreams. Meanwhile, Abigail locates the time portal and slips through, changing her identity hoping to find her child. Unknown to both women are the dangers of the old world’s dark forces, a swiftly narrowing time portal and a missing child who desperately needs Maggie’s “sight” a sight that continues to blur as her ties to old Salem strengthen.
Slain abhaile,
Jeanette
Jeanettebaker.com
Facebook – Jeanette Baker, Jeanette Baker - author
A special thank you to Tracee at Pump Up Your Books Virtual Tours!
Comments Always Welcome!
By Frances - February 16, 2012 2 comments: