Cover Reveal of UNPINNED by Mila A. Ballentine 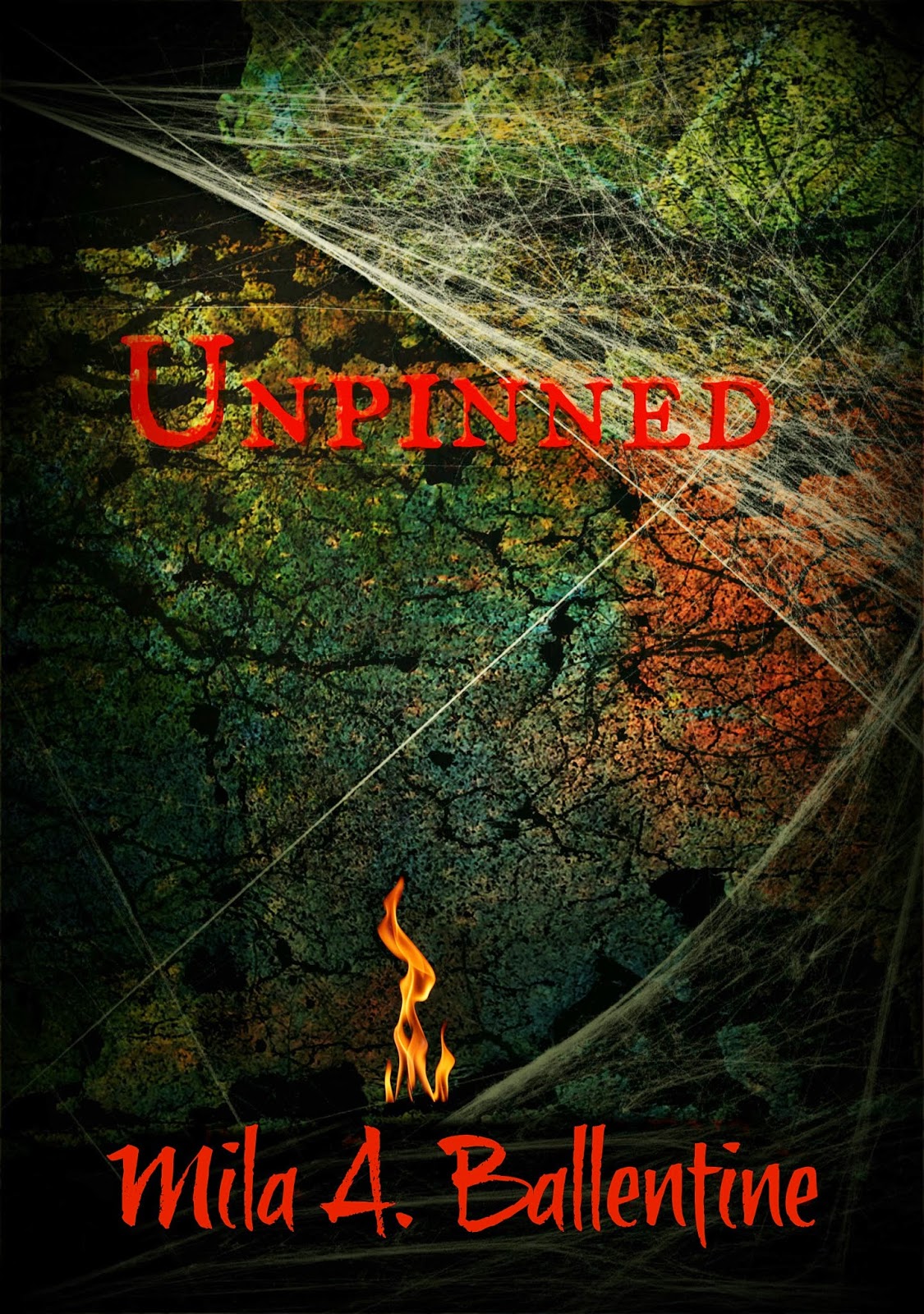 Her life was filled with constant loss and upheaval, but Marie Tousant was eager to put it all behind her. She leaves Hapville, Louisiana, hoping to find inner peace on a tropical isle. With Louisiana in her rear view mirror, Marie attempts to create a path to a normal life, but she soon realizes how inconsistent a sense of normalcy can be. Haunted by her past in every conceivable way, Marie recognizes that she can’t run from herself.
Marie’s only ally, Libby Townsend, is thousands of miles away when unsettling emotions surface and a sense of dread takes hold. A welcome surprise eases her worries, but it doesn’t last and her world begins to unravel. Evil forces take hold and tighten their grip; Marie and a sinister being summoned by practitioners of the Dark Arts clash. In the face of a heroic battle, Marie Tousant can’t help but wonder if there’s anyone left willing to protect her, even in the face of death. 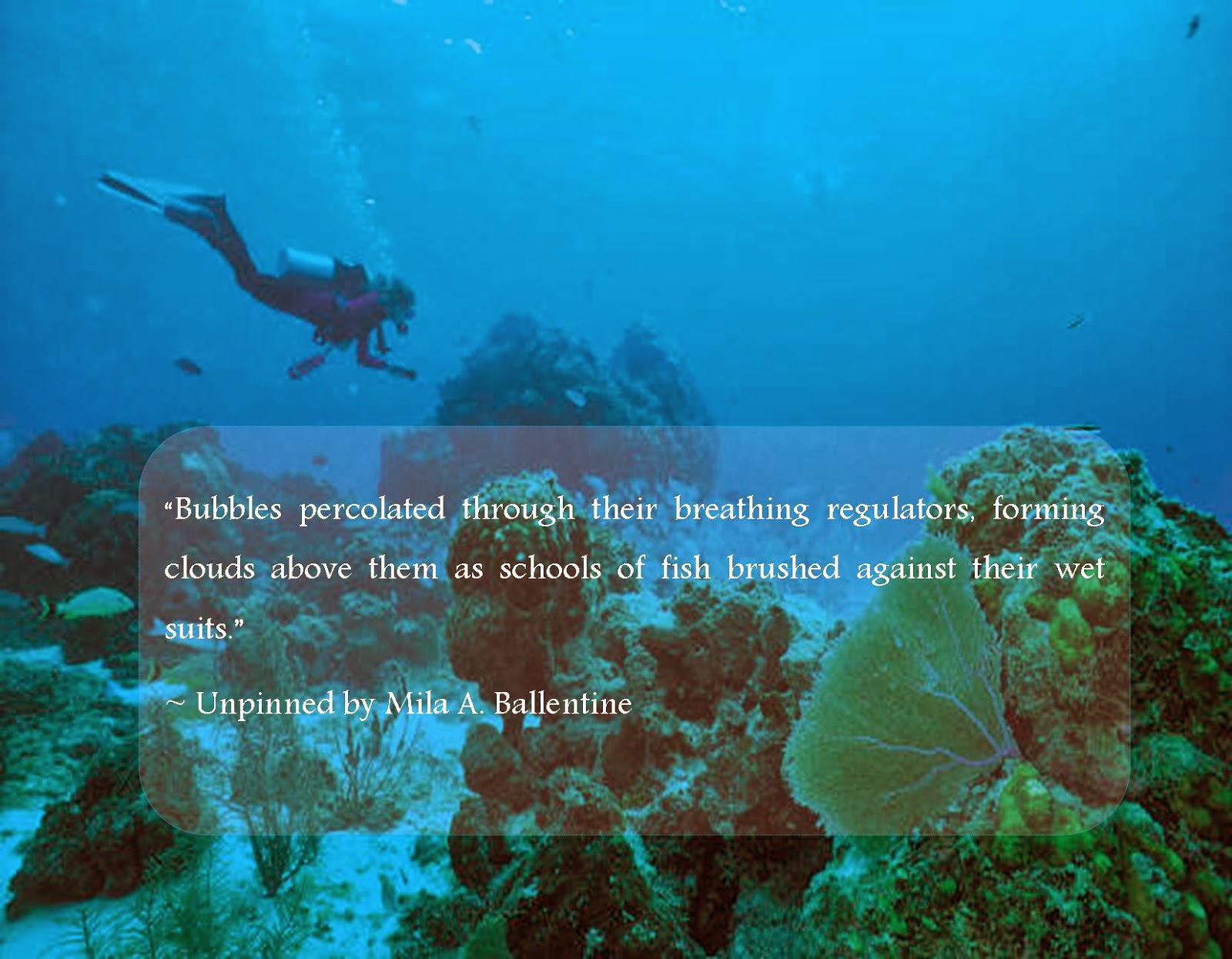 PROLOGUE
Marie took one last look around her home. White sheets covered all of the furniture and the walls were bare. The taxi driver honked the horn and it echoed inside. She looked at her suitcase and sighed. The memories of her parents and Granma Tilde tiptoed into her subconscious. They were all gone. She was all that was left of them and she had to go out into the world alone. Hopefully the world would be kind and not devour her. Marie opened the front door, put her suitcases outside, and closed the door behind her.
The night sky illuminated with a constellation of stars. Marie rolled her suitcases down to the curb; the cab driver stepped out and put her suitcases in the trunk. They entered the cab and drove away. Marie lost everything that was dear to her; Libby Townsend was the closest thing to family that she had left. She said her goodbyes earlier in the day. Marie didn’t want any erratic emotions to hinder her departure when the time came.
Libby looked out of her living room window. Marie made her promise that she wouldn’t come over when she was about to leave for the airport, but she never said she couldn’t watch. Libby tried to hold back her tears, but it was inevitable. She looked at the cab drive away until the rear lights faded. Libby slouched to the floor and cried silently.
^^^
The bayou was abuzz with lights. The reflection of a fire reflected on their masked faces. They knelt in a large circle around the fire, with their heads bowed to the ground. A man huddled against a red oak tree with a Congo drum clenched between his thighs. His fist struck the drum and rhythmic sounds flowed through the air.
“Rah!” They responded, repeating the word every time the drummer hit a specific beat. Their bodies waved in a serpentine motion, sending their spines into a bell curve.
“Rah!”
The beat changed and they rose to their feet, pranced, bucked and stomped. Clouds of dust rose to their waistline and the drummer changed the beat yet again. A figure with a horned white mask broke through the circle. The fluidity of their movements trickled out to the bog people who began thrusting their right foot backward, as if they were about to charge.
The figure was stacked in hundreds of layers of tree roots that stopped below where a knee should be and another layer that ended just above the feet came to the forefront. It stomped and gyrated its body to the Congo beat. The more it moved, the wider the circle became. Suddenly the figure jumped into the fire and sent flames ten feet into the air. A face animated within the flames.
The circle closed and the bog people knelt, and bowed, resting their foreheads to the ground. The drummer’s beat lowered. A young woman in the group stood up and walked over to where two cages sat, one with a crow and the other with a dove. She removed them from the cage, pressed their breasts together, and bound them with barbwire. Their blood flowed until it became one.
She removed a vial from a satchel, and drank its contents. The bonded crow and dove fell to the floor. It didn’t take long for the black mamba’s venom to send her body into violent twitches as the venom coursed through her veins. She collapsed. A man in the circle emerged with an ivory handled knife. He knelt beside her, made an incision just below her navel, and inserted the crow and dove inside her womb.
Death loomed above her and the full moon faded when her eyes went black. She had offered herself as a sacrifice to summon a creature more powerful than the Soucouna. Once the creature was summoned, it would be nearly impossible to kill it and it possessed the ability to smell a Silken thousands of miles away.
The drummer’s beat became erratic and the bog people stomped, jumped, and spun their bodies, until the last beat hit the drum.
“Rah!” 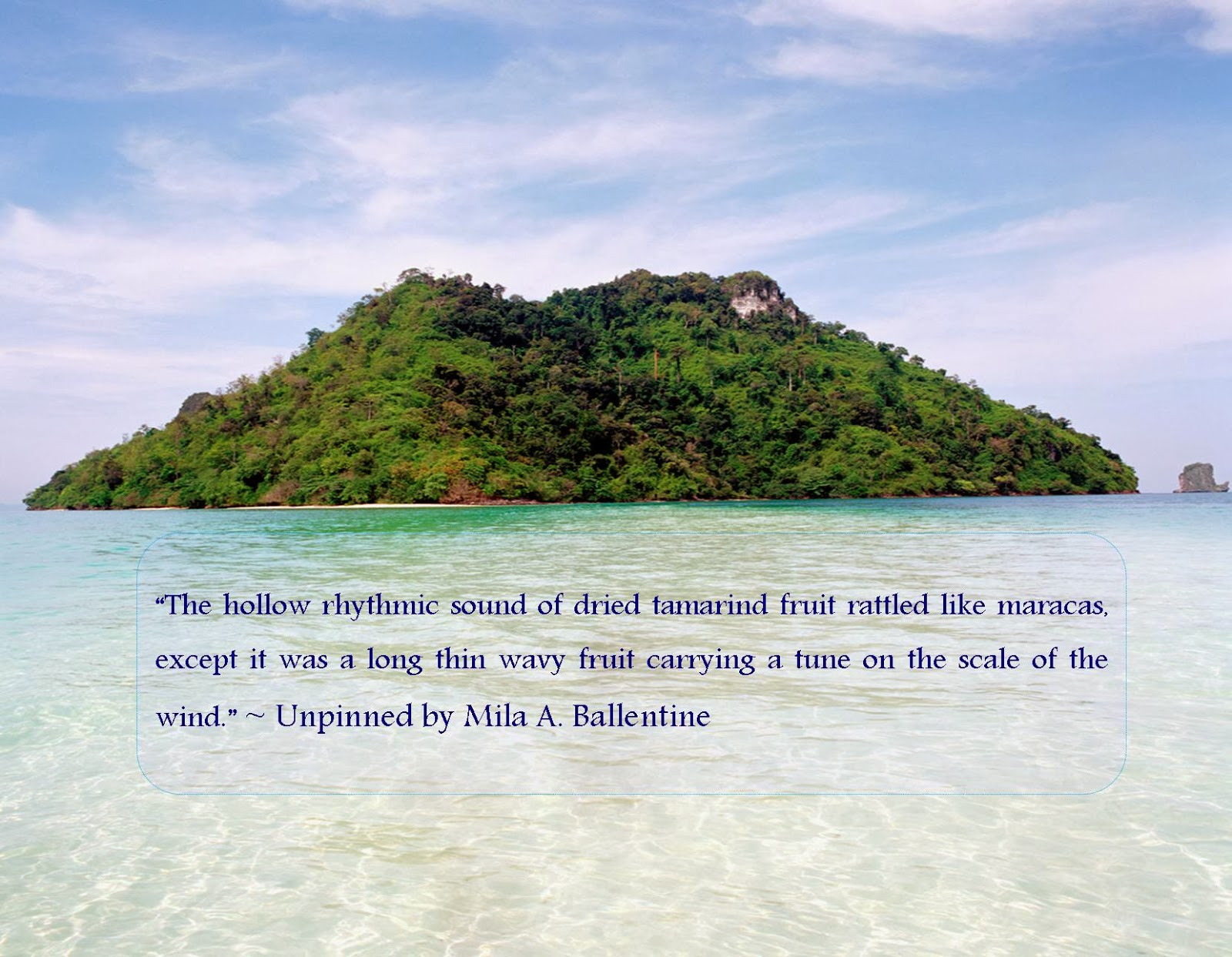 Last week Mila was on the blog and had offered a copy of the first book, Thin Skin Soul Pinned to one lucky person who left a comment. Unfortunately something went wrong with my comments. While it showed there were some, I have never found them. I apologize. I believe we have fixed the problem, (thank you to a computer savvy friend). The giveaway will run this week!
If you would like to enter the giveaway, please leave a comment with the answer to:
If you could get away from all the cold and snow covering much of the country, what island would you choose to soak up some sun and warmth in?