I just received the new cover for Ghost on Black Mountain by Ann Hite so I am sharing it with all of you. There is a surprise coming up on September 1st so be sure to check back here then.

and now the new cover: 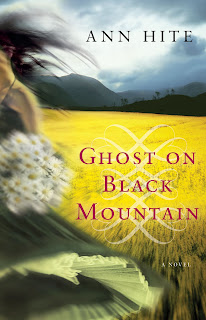 I think they are both awesome! I cannot decide which I like more. What is your pick? Leave a comment to let me know!
I have something super special surprise planned for September 1st so be certain to check back. You do not want to miss this!

I am so excited to bring you an interview with Ann Hite today. Ann is the author of Ghost on Black Mountain. This book is destined to be a best seller. It is definitely one you do not want to miss reading!

I received this book from the author with a request to review. No promise of a good review was sought or given. I received no compensation , other than a copy of the ARC, for this review. The review is my honest opinion.
From the back cover of the ARC (subject to change):
Meet the women of Black Mountain and the one man that ties them all together…


Nellie Pritchard:
I married Hobbs Pritchard without noticing he was a spell conjured into a man—a walking, talking, ghost story. He took me up Black Mountain and it was there I learned sometimes good and bad get mixed together so well a person can’t tell the difference until it’s too late.


Rose Gardner:
I fell deeply in love with Hobbs as if some hoodoo was put on me. Then Miss Nellie came into our lives and changed everything.


Josie Clay:
Hobbs Pritchard was like a spoiled potato at the bottom of the barrel. But my daughter Nellie didn’t believe me. Something stunk to high heavens, something rotten. Eventually I’d find out what it was…


Shelly Parker:
I got me this gift—restless souls line up to get my notice no matter what I’m doing. Daddy warned me not to have nothing to do with the Pritchards. Some things in life just can’t be avoided and getting mixed up with Nellie was one of them.
Iona Harper:
Mama told me the same bedtime story each night. She told it with such detail I was sure Hobbs and Nellie were real. But they were just characters in a tale spun to keep me in line. They were my moral compass. Or so I believed…

*The trailer is the one above. I placed it on the blog for ease of viewing.*
My Review:
The story blew me away. I know that it is one of my picks for top 10 books I read this year. I finished it a few days ago and still have the characters in my head. The author set out to tell you a haunting story you would not forget and she accomplished it. Not only will the story stay with you but the characters will. Ms Hite has done an excellent job of getting the reader invested in the story and in the lives of her characters. My family has lived in eastern Kentucky since the late 1600's. I tell you that so you understand that when I say she accurately portrayed the characters you know I have something to base that on. I could easily relate to Nellie, Shelly, Rose, Josie and Iona. I grew up listening to stories of haunts, (as I believe any "mountain girl" has). I could picture the things Ann Hite wrote of happening. I could see every encounter with a ghost. Ms Hite used language common in the mountains. Her writing style reflected the mountains. She took me home.

Ann Hite wrote a ghost story, a mystery, a romance and  a coming of age story, (for we see Nellie go from an innocent teen to a woman with a heavy past), all in one. This novel is epic! It will grip you from the start and keep you long after you have finished it. I believe everyone who reads this will find something of themselves in it. It will not matter if you are from the mountains or the valley, country or city, north or south. You will see yourself and people you know in the characters. You will be swept away. Ghost on Black Mountain is a book that , when you finish it, you think "who can I call to talk about this book with?".
It is a must read.
By Frances - August 25, 2011 6 comments:

Hosted by Reading Between Pages
Theme Thursdays is a fun weekly event that will be open from one Thursday to the next. Anyone can participate in it.
This week’s theme is 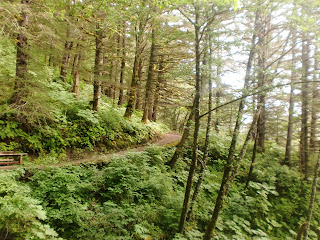 I am breaking the rules today, (I know - you are all surprised by that). I am still sick from the infusion so I hope I will be forgiven. It is just too difficult to search through the two print books I am reading to find the theme match tonight. So I am going to take two selections from books I have finished. One from the book giveaway I am hosting and the other from the book I just reviewed, (there is a fascinating interview with the author too). I hope you enjoy them! 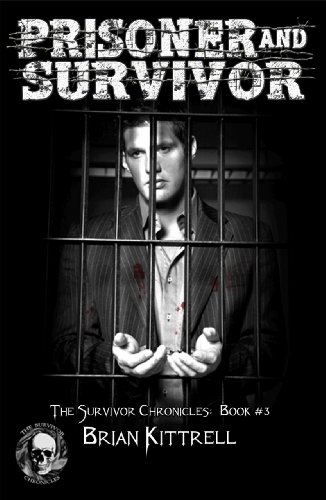 Prisoner And Survivor (Book 2) by Brian Kittrell
After a few minutes, he found a nice, shady spot under the willow tree behind the house. He started digging. It wasn't until this point in his life he understood just how difficult digging a large, deep hole really was. He continued digging for hours until it looked suitable for Trudy to be laid to rest.
Kittrell, Brian. Prisoner and Survivor (a zombie apocalypse novel) (The Survivor Chronicles) (Kindle Locations 640-644). Late Nite Books.
Click here to enter to win an e copy of The Survivor Chronicles Omnibus

Ghost on Black Mountain by Ann Hite
(This excerpt is from an advanced copy and is subject to change. The piece you read may or may not appear in the released version.)
The man stood at the edge of the woods just like he belonged there, like a brown tin photo from time gone by. 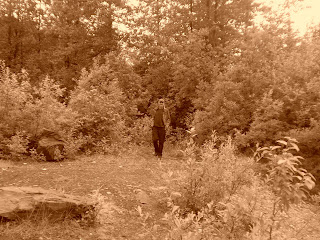 This photo was taken by me and belongs to me. It is not associated with the book or the author. I just thought it look almost like the scene.
Click here to read the Interview/Review of Ghost on Black Mountain by Ann Hite
I hope you enjoyed my picks. Please enter The Survival Chronicles giveaway and be sure to read the riveting interview from Ghost on Black Mountain author Ann Hite. Please leave me a comment so I can find yours!
By Frances - August 25, 2011 13 comments: