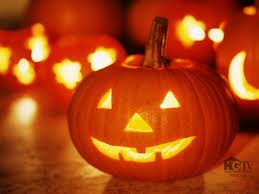 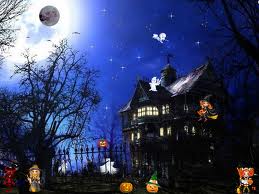 Melissa Marn thought today of all days would be normal, as normal as her days could be now. Ever since she gave birth to hybrid twins --half shifter and half human-- she had been on high alert. The SCM (Shifter-Counterinsurgency-Military) could never find out. They wanted the hybrids dead. Her father could never find out. He might want her dead. But she risked it all ever since the day she found out she was pregnant. Something about the unborn twins in her belly called to her and made her believe everything would somehow be alright.
Despite her mixed feelings about shifters, she finally gave into the compelling and engulfing love her hybrid twins had to offer her. She never would be able to have kids naturally anyway. This might be her only chance for children. And despite everything in the world telling her the shifters were evil and needed to be exterminated, she had a hint that they might be something more.
Today was Halloween, and whatever the shifter were and whatever they weren't didn't matter. She and her twins would be able to finally blend into society with no questions asked. A sliver of silver in the eyes wouldn't look suspicious today. Stark-white skin would blend right in and the military might never even notice them. Yes, today she had nothing to fear. She could finally be free.
Dressing up April and Arquet into two tiny wolf costumes, she couldn't be more proud. They looked like the picturesque perfect display of the baby wolves of Alaska. Occasionally they even growled. Melissa chuckled and tucked them into their carry-over-the-shoulder bags. As a single mom with two babies under the age of one, she needed assistance. The shoulder-bags came in handy. April sat up on mom's left side and Arquet plopped comfortably on mom's right.
Two baby wolf heads popped out of the bag on each corner. Painted eyelids of silver and grey and a glued on black wolf nose with whiskers made the outfits complete. She met Bruce Wilder on the porch of her house just before heading out and he stopped her with a hand out-stretched.
"Just two pictures. The three of you are too adorable to miss!" Bruce asked and Melissa rolled her eyes with a smile which meant yea, but hurry.
Click-click.
"Thanks, Mel. I promise I'll show no one. i know how particular you are about who knows you have twins."
"Well, it's not like I can exactly publicize it." Melissa shrugged. "Right? I mean if the General ever found out I had twins, or my father! I don't even want to think about all the questions and innuendoes and how long…. or I should say how NOT long it would  take the SCM to track my twins down and find out they are hybrids."

"Let's just focus on tonight. Halloween…my favorite night of the year." Bruce retorted with a glint of mystery in his pirate costumed eyes. With a red bandana tied around his forehead, he couldn't be more cute. Melissa tilted her head toward him and pecked him on the cheek.
"Thanks for coming. This means a lot."
"I wouldn't miss it!" Bruce winked and the four of them took off down the sidewalk. Bruce stayed close to Melissa's side and the two twins stayed tucked away as quiet as could be.
Padding down the sidewalk Melissa noticed vampires, ghosts, goblins, princesses, and even more pirates. At least no one went as wolves, she thought. My twins and I are the most original. Maybe we will win the contest? She brushed her hand over her fake whiskers and straightened out her wolf tail from behind as she walked.
Up the road Bruce pointed to the building marked Halloween Contest 2040! Entering, Bruce held the door open and Melissa bounced inside, holding her hands underneath each of her babies. Taking a seat in the back, the white round table offered a basket of fruit at its center while spooky music played in the background.
"What do you think? "Bruce slid into the seat next to Melissa as the new mother placed each of her twins into a separate carry-crib.
"About?"
"About the contest? Looks good, huh? Told you it would be fun."
"Well see. Music, food, drinks. Good start. But I'm still worried someone might notice my hybrids and take them for experimentation."
"Don't worry so much, Mel. If anyone begins to look suspicious, just play your SCM card. That badge will scare the dickens out of anyone."
Chuckling, Melissa took a swag of the white wine in the crystal glass in front of her. "I hope so." The worry lines in her forehead began to fade just a tinge.
Babbling, April blew an air-bubble from her mouth and Melissa stood to watch with full concentration. "I love it when she does that. She is so adorable!" Dangling her fingers over April's cheeks, Melissa caressed her infant.
"You never get that excited when I spit up." Bruce joked.
Shacking her head with a grin, Melissa darted her eyes away from Bruce and to the announcer.
"Tonight, we have thirty contestants for this year's Halloween Contest 2040!"
"YEAH! " Cheers roared throughout the room.
"Judges will walk around the room and examine the costumes and ask questions. When they have made up their minds, they will announce the winners. You have two hours to impress the judges!"
"YEAH!" The crowd roared again.
"Are you sure this is going to work?" Melissa fretted with a quirked brow aimed at Bruce.
With flexing muscles and a kind smile, Bruce lifted Arquet into his arms. "If the judges don't place you and your twins in at least third place, there is something seriously wrong with the judges. Who wouldn't award a mama wolf and her two cubs a prize?" Bruce encouraged.
"You're right. I'm just so worried something will go wrong I guess."


"Don't be." Bruce placed a plan over her quivering shoulder. "I've got an escape car out back just in case." he winked with a smart-ass smirk.
"Ha-ha." Melissa retorted.
"No, really. I do." Bruce straightened his grin into one fine line.
Gazing up at the judges, the three decorated figures waltzed around the room as if ballerinas on stage. Each wore a more ridiculous costume than the one prior. The first judge with a red wig had on black eye-makeup under his eyes and ripped clothing and kept calling himself "Night of the Living Dead." The judge after him had on a black leather shirt and pant with a leash chain around her neck. She said since cat woman was in the house, everyone had to be on their best behavior and than flung her black leash whip at the floor.
The last judge wore a white curly wig reminiscent of the old English aristocrats. His beige shirt buttoned from his neck to his lower belly button and with the white leggings underneath his knee-high grey pants and the dark grey suite jacket over the beige shirt, he could have been mistaken for someone in old England. But when he opened his mouth and revealed his sharp teeth, no mistake could be made. He dressed as a Victorian Vampire.
Fidgeting in her seat, Melissa waited patiently for the judges to pass by her. Each one took a careful glance at her twins and then at her, smiled and nodded. The first judge placed his finger over April's cheek and the girl spat up, forcing him to wipe his hands on the table napkin. The second judge made goggly-eyes at Arquet and when she was about to kiss the girl on the cheek, Arquet growled and made the judge jerk back with a shocked expression crossing her face.
"Did you hear that?" The judge smacked the shoulder of judge one.
"I did." Judge one turned back around to take a closer look. Playing with his pinky over Arquet's cheek, judge one stared at her sliver of silver in the irises for one moment too long. With a defiant growl, Arquet lunged forward and bit the judge on the nose. "Damn Child!"
Bruce swung around the table and grabbed Arquet into his arms. "So, sorry. She has a temper this one."
"You could say that again." Judge one added.
Melissa eyed judge three as he stepped closer to the table and something in his eyes reminded her of her twins. A sliver of color that shouldn't be there. A step just a hint too graceful. Skin color just a tinge not human. But he was dressed up as a vampire, wasn't he?
As Melissa heard judge one and judge two banter back and forth about whether the twins were the cutest costumes they had ever seen, or if they ought to examine them more closely for signs of shifter blood, the third judge made his way to April's carry-crib. Melissa felt faint, her world began to dim around her. Pheromones whisked about her like a bad-spell and she only had minutes left of a clear head.
"What is it?" Bruce asked with a curled lip.
"That judge?" Melissa stumbled out of her chair and toward April, her palm landing on the wood white table.
"What?" Bruce darted his eyes from Arquet and to April and within seconds the third judge snapped April from the carry-crib and into his arms. "Let her go!" Bruce soured as Melissa screamed.
"NOOOOO!"
The third judge whooshed away from the table and toward the exit door in the back.
"Get him! He's taking my baby!" Melissa hollered at anyone listening. The pheromones worked their way into her bloodstream and she felt herself heaving, and on the verge of tipping over.
Bruce raced toward the strange kidnapper, but when he reached the exit door, all he could make out was a figure in the distance shifting into some kind of hawk who gripped April with his talons and took off into the skies.
Returning with his head low,  Bruce walked up to Melissa with a frown. "i'm sorry. He got away. I…I…"
"Brendan." Melissa hit her fist against the wood table as her body slid into the chair, unable to stand, unable to make sense of the dizziness that now encompassed her, the reality that now hit her in the face. Brendan had taken her child. And he would be back for Arquet. He promised he would take them. After all, he was their father.
For more information about the shifters, go to http://amiblackwelder.blogspot.com
On Twitter @amiblackwelder
On FaceBook Ami's Book Page
On Facebook Shifter Evolutions Page
On GoodReads Ami Blackwelder Author Page
On Talking Books Tv Ami Blackwelder Talkingbookstv page


Shifter Evolutions is a six part saga that begins with Shifters of 2040 and lets the reader decide to continue with the past or the future.

EVOLUTION Series - these books are part of the giveaway!!

The Mers Series - Releases October 31st on Kindle and Nook!

Guardians of the Gate Series

Ami has some awesome books planned for the future too. I can't wait! Ami has some seriously fun stuff happening on her blog so check it out. I was over there checking off my info for this and was so distracted by everything going on - she has contest, trick or treating, free reads. Once again to get to her website click this: Ami Blackwelder.
Please leave a comment. I love hearing from you and Ami would really appreciate it.
By Frances - October 06, 2011