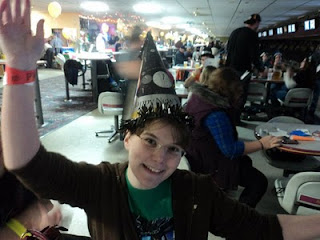 Last Halloween
By: Maranda Russell
I really don’t know what possessed me to do what I did last Halloween.  I am usually a coward.  Maybe that was part of why I did it, I wanted to prove to the world and myself that I’m not the big crybaby everyone thinks I am.  Anyway, regardless of why I did it, I did do it, and now I will tell you the story.


Like I said, it was last Halloween, shortly after I turned 12 years old.  There is a really old cemetery by my house and I decided to spend Halloween night there with my dog, Pogo.  Pogo is a black lab and has been my best friend for the last four years.  I knew I would be safe in the cemetery with Pogo.  He isn’t afraid of anything, not even our neighbor’s nasty Rottweiler.  Plus, I know Pogo would give his life to protect me, even though I hoped that would never be necessary.

It was about 11 o’clock at night when I snuck out of the house with Pogo.  We walked about a block to the large cemetery.  I wasn’t worried about my parents finding out because they were way too busy watching a special Halloween marathon of an old show they loved as kids.
When we arrived at the cemetery, I opened the creaky iron gate and set up a small camp under a huge oak tree.  I hadn’t brought much, just Pogo, a few blankets, a bag of chips and a small cooler with pop for me and water for Pogo inside.
Not much happened during the first hour.  I sat there looking around, jumping at every little sound.  Sometime around midnight, Pogo began acting a little strange.  Soon he was barking and growling at the cool night air, even though there was nothing there.  I started getting a little scared because I had always heard that animals can sense supernatural things, even if we can’t see them.
Suddenly, I saw something out of the corner of my eye.  At first, I closed my eyes in fear, afraid to look.  Pogo’s barking and growling grew even louder, so I knew that whatever it was must be getting closer.  When I finally opened my eyes, I couldn’t believe what I saw.
In front of me, maybe ten feet away, was a ghost.  At least I was pretty sure it was a ghost.  I couldn’t see through her like I’ve heard lots of people say you can with ghosts, but she had an eerie, unearthly look about her.  She literally glowed as bright as a light bulb.  She was wearing an old-fashioned dress, and had long hair, but I couldn’t tell what color her hair was because it glowed white like the rest of her.
She never really spoke out loud, but she still communicated to me somehow that she wanted me to follow her.  I got up and walked towards her.  Right away, Pogo put himself between us.  He refused to let me get too close to her and would growl in her direction whenever she looked my way.
Eventually we came to a place where there were many more ghosts, glowing in the darkness, just like her.  They were all gathered around an empty grave.  There was a coffin to the side of the hole, so obviously there was a funeral going on.  We stood there for a few minutes, watching the man conduct the service.  I could see the man’s lips moving, but I couldn’t hear what he was saying.
After a while, the girl I had followed walked over to the coffin.  The lid opened and she stepped into the white satin.  Once she had settled in, the lid closed again.
Soon I heard horrible screams coming from the coffin, “No!  Please don’t bury me!  I’m still alive!”
The coffin was shaking from the strength of her fists beating against the lid and the power of her terrified screams.  I watched in horror as the man who had been speaking smiled malevolently and signaled for the other men to lower the coffin into the ground.  Soon they were all shoveling dirt into the grave.  The woman’s screams became fainter as the other ghosts slowly buried her alive.
I must say I don’t remember much else.  Pogo and I ran out of that graveyard as fast as we could, not even bothering to pick up the things I had brought with me.  All the way home we were followed by the sound of evil laughter.
My website/blog: www.marandarussell.com 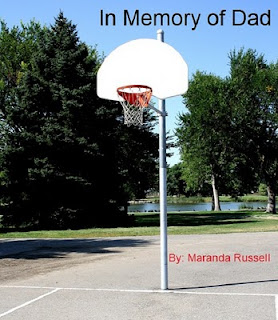 Upcoming books: Ode to Icky (print picture book, coming out within next few months), Weezie, the Elephant with Allergies (ebook coming out in October, will be on Amazon, Barnes and Noble and Smashwords) 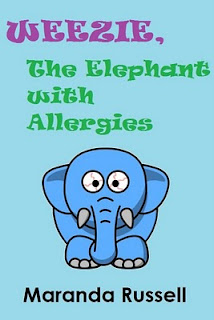 Please leave comments below. We would love hearing from you!
By Frances - October 12, 2011

Thanks so much for featuring my short Halloween story! I hope everyone enjoys it. I did want to give a quick update, my new picture book, "Ode to Icky", is now available from Amazon and Barnes and Noble! Hope you all check it out :)

Thank you for participating. We are picking up Ode to Icky. :)

Thanks so much Cristina! I hope you enjoy "Ode to Icky"! Please let me know what you think :)