I am going to be introducing some new writers I come across on my blog. Some of them have written books I have read, are reading or have on my TBR. Some of them may write a guest post for the blog. Others may just want to let you know about their book. The opinions expressed, unless otherwise noted, are the authors opinion. I just thought it would be a good way to get new writers out there. I will still be doing my own things - reviews, interesting books I find, Alaskan/Juneau stuff, autism awareness, the memes, products/businesses I like, (or seriously do not like in which I will tell you why),  etc. As this is a new thing I am really looking for any feedback in the coming weeks. You can do this publicly by writing a comment or you can email me your thoughts, (cristina@alaskanbookcafe.com). 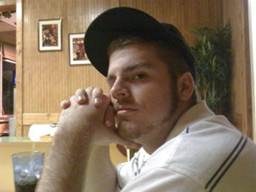 Writer Robert Nelson
Robert Nelson was born and raised in Garner, North Carolina where he earned the connections and street credibility needed to bring a sense of authenticity to his work. Consequentially, this lead to his stay in the luxurious NC-DOC where through a lot of retrospection he developed a strategy to defeat what he had become. Through the guidance of the Aryan Brotherhood and the variety of other hardened criminals he  played cards with he focused his energy into developing his skills as a writer to keep the youth from making the same mistakes he did. If he can open just one pair of eyes through his writing, everything he’s put into these pages would have paid off.
Robert has written the book: 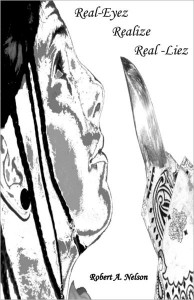 Real-Eyez Realize Real-Liez
Kindle Edition, 309 pages
The War for the heart of Urban America won’t televise from some foreign shore. It’ll be fought in your living room with dope, cash, blood and bullets. The American way of life has strayed into the shadows and one by one we’re losing our children to the illusion of Hood Dreams and a Gangsta’s Paradise.
Only one man stands strong enough to hold back the tide. A renegade Aryan Prodigy and his crew, and an unfathomable amount of guns are all that protects the last shreds of civilization in the streets. The name Riley Bennett will echo through the ages as he who so loved his people that he’d rather see the World in flames than see them suffer.
The War is coming… Whether we’re ready for it or not…
My view:
I have not read this book. It looks like it may be an interesting look at someone's experience in prison. I do not have racial boundaries. I  find it fascinating when someone does. I cannot fathom saying one race is better than another. In my life I have found good and bad in all people regardless of skin color, religion, or culture. It truly escapes me how people come up with racial, religious or cultural superiority.
I have also never been to prison. I have not even been arrested. I have no real idea what life is like behind bars. I do not know how that can shape your beliefs. I do believe that spending a vast amount of time in prison does shape what you come to believe and how you see things. Since a big portion of the population either has been to jail, prison or knows someone who has, I do think it is somewhat important to learn what we can of their views. Many do return to society. Whether or not they make it depends on many things, one of which is understanding.  You cannot make a difference in that which you do not attempt to understand or learn about.
I watched a fascinating movie about prison that was based on a real life experiment.  It is available on Netflix, (DVD, BlueRay, Instant streaming - The Experiment on Netflix),  and is called "The Experiment". It was eye opening to say the least.  It is based on the Stanford Prison Experiment, ( link: http://www.prisonexp.org/ ), and is about a group of men who volunteered to be a part of a mock prison. Some were guards and some prisoners, (no one got to choose which - it was assigned), and the changes they went through in a short amount of time.
If anyone has read this book or is planning to, please use the comment section, (or my email),  to leave your thoughts on it. I would really like to hear from you. If the author of this book sees this I would really like to hear from you.