She Had No Choice by Debra Burroughs 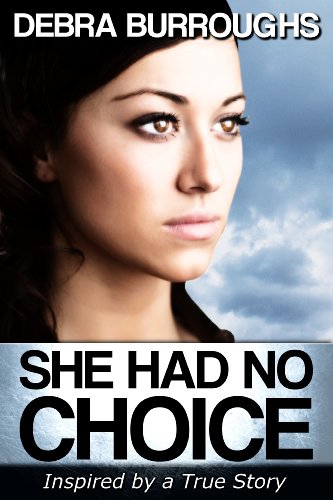 She Had No Choice by Debra Burroughs
Lake House Books
*I was given a copy of this book for review. The opinions expressed are my true feelings. No compensation for this review was received. This review is part of Virtual Tours*
She Had No Choice was inspired by a true story. It starts out with the Ramirez family in Mexico during the time of the Spanish Influenza of 1918. When the flu takes the lives of half of the children, Emilio and Juanita Ramirez make the hard decision to leave everything behind and take their remaining children north to the United States. They hope to make a life there for their family. After 4 years of working in migrant fields, Juanita dies and Emilio makes the decision to send 12 year old Sofia to his sister to raise. It is his hope that she will be taken care of and given an education that will give her a future. Unfortunately, Emilio's sister is angry over not being given a choice in accepting Sofia and takes it out on her. She is given work in her aunt's hotel and home. There is no education and the only love she receives comes from her cousins. After her aunt dies things improve a bit for Sofia since her cousins are free to treat her as family.
Sofia, still aching to be loved, meets and falls for a young man. He pressures her to have sex with him and when she finds herself pregnant, he dumps her. Her cousins help her as much as they can but an unmarried woman in a well to do family was an embarrassment. Sofia makes friends with Rosa and from her meets Carlos. He takes her and baby Eva to California for migrant work.He does not marry her but they live as man and wife. Carlos does not really love Eva and reminds Sofia that Eva is a bastard. When Sofia tells Carlos she is pregnant, he tells her it better be a boy. It is and Sofia stays with Carlos. Soon after they have twin boys and then a daughter. Carlos drinks and has a temper while he is drunk.  At one point Carlos gives away one of the twin boys. When Sofia finds he is being abused she brings him back home. Other times he is physically abusive. Eva spends her first years wondering why her dad does not love her until Sofia tells her that Carlos is not her father.  Then Eva tries to stay out of his way. Eventually after one of the beating s to Sofia, Carlos "makes up to her" by marrying her. Not the best decision Sofia could have made but then you have to remember this was back in the 1930's when choices for women were limited. We move on to the 1940's and read of the family's hardships with the war and being poor. It was heartening to read that the children were permitted to stay in school. Being a migrant family often meant that children were needed in the fields as they grew up. When Carlos decides that it is time for Eva to join the work she devises a way to stay in school. During the 1950's Eva had left home and Sofia was still with Carlos and their nine children. Eva is living with a nurse and is being given the opportunity to change the course of not only her life but also her mother's. Will she take it? Will she succeed where her mother failed? Or will she, as so many children from DV homes do, follow in the footsteps of her mother?
For me this book was slow going because of the narrative style. It is  third-person style which I find, at times, to be difficult for me. I find it hard to form a relationship with the characters when a story is told in this style. However it is a compelling look at everyday life in a alcohol related domestic violence home. It is a poignant reminder of how sad and painful that life is for all. Sofia and Eva's hopes for the future and their tenacity at reaching that brighter future brings to mind the resilience of families caught in this nightmare. I found this to be a very interesting story and would like to read what happened after this book ends. 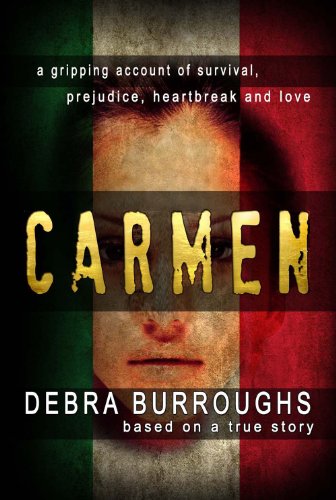 'She had no choice' reminds me of a movie I saw. Exact summary. Oh, i now know you received the book.lol.hope all is going well with your neighbors. I do pray for a blessed recovery.