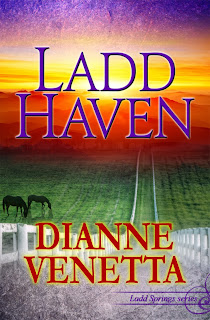 \When Troy Parker returns home, a pregnant Casey Owens rejects him outright, asserting he lost his right to honesty when he abandoned her to pursue his fortune in Kentucky. Jimmy Sweeney, friend and ally to Casey, never cared for Troy and is more than willing to take part in her deception.
Jack Foster has a few tricks of his own, beginning with reconciling his daughter Felicity Wilkins with the Foster family. Her mother, Delaney Wilkins, wants nothing to do with family reunions, knowing some relations are best left buried.But as time passes, lies unravel. Casey can no longer deny her feelings for Troy and confronts him about the pregnancy. Felicity is doing some confronting of her own now that she’s learned a disturbing truth.  Yet it’s Delaney's confession that causes families to collide as folks take sides, shattering both past and future generations, ensnaring Casey and Felicity in painful complications for which neither is prepared...Family feuds run deep and wide, threatening even the most solid of unions. Find out who survives the perils in this chapter of Ladd Springs.

Check out Dianne Venetta on Amazon