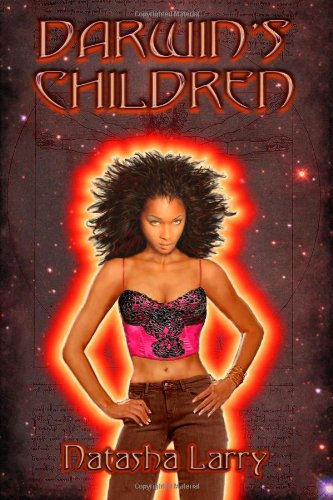 
*I received this book from the author with a request for review. I did not promise a good review nor was one requested. I received no compensation for this review.*


From the back cover:
Life can get pretty complicated for any seventeen-year-old girl, but for a home-schooled telepathic black girl trying to survive in a prestigious private school in small-town Jonesborough, Tennessee, it can be maddening – especially when her telepathic father keeps eavesdropping on her thoughts!

Jaycie Lerner’s family isn’t the usual mom-dad-kid setup. Jaycie’s mom’s MIA, but Allison, her personal live-in ‘trainer,’ is more than a mom, with her own special abilities, like being able to lift cars and run incredibly fast. And Jaycie’s godfather John is more than persuasive – he can literally convince anyone to do anything.

As far as the rest of the world’s concerned, Jaycie’s on the outside looking in. The townsfolk love Jaycie’s pediatrician father, but she doesn’t fit in with ‘normal’ kids, and she doesn’t really want to. Most of her free time is spent training to keep her telekinetic and telepathic powers under control. But there’s one thing she can’t control – and that’s her feelings, especially when her best friend Matt is nearby. If only he knew what she was truly capable of...

Everything seems to be status quo for Jaycie until she receives a cryptic message from a stranger and meets a very unusual girl new to Jonesborough. Then all hell breaks loose!
My Review:
This was a captivating YA novel for me.  It is different from most I read.  It is a Guardian type with angels, the fae and even a family of vampires in it. I think one of the reasons why I liked this book so much is that it is unlike the books I have been reading. The story line is intriguing. Jaycie is living with her father who has supernatural powers. Her nanny/mentor is a woman with super powers. Jaycie shares the same superpowers as her father. They are training her in its use. She has the problem of balancing her supernatural powers and her normalcy. There is romance in this with a normal boy who does not know of her powers. She forms a friendship with a girl who has different powers that were unknown to her. Jaycie and the family take her in. I found the book interesting. I was fascinated by the way it unfolded and all the different superpowers in it; the way angels and the fae take part is intriguing.  The vampire family's role is a new take also.  I am really impressed that the heroine in this is an African American teenage girl who actually is like the ones I know.  Jaycie is smart, respectful and educated. I am so tired of when the main character is an African American teen girl she is (a) pregnant, (b) on drugs, (c) locked up and, well, I could go on and on but you get my drift. I love the real portrayal.  Darwin's Children was well written and fresh.  I would recommend it to anyone who likes YA paranormal books.


There is a Good Reads giveaway going on until September 29, 2011. http://www.goodreads.com/giveaway/show/11612-darwin-s-children


Book is available at Amazon in both print and Kindle versions.
By Frances - August 30, 2011

Very interesting review. I think I will hop over to goodreads and see if I can win it!

Thanks. I hope you enjoy it. And I hope I win the Chocolate Cakes giveaway, (http://bookinwithbingo.blogspot.com/2011/08/brunch-with-bingo-chocolate-cakes.html), I heard of on your site http://alaskanchocoholic.blogspot.com. Good luck to you. But I hope I win. hahaha

=) Thank you for taking the time to review me.