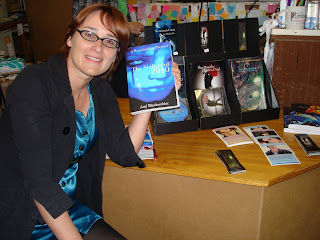 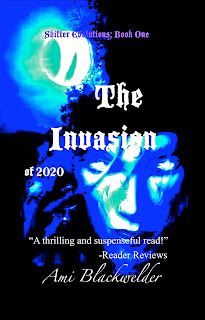 Thanks for sharing this author's story (and books!), as well as these amazing teasers.

Wow, these sound really interesting. Not my usual fare, but I can't wait to read your reviews about them! You always find so many different variety of things to read. :D
http://www.booksandbarks.com/2011/09/teaser-tuesday.html

Thank you both for stopping by. Jenn I am forever off the beaten path. LOL But the view is usually worth it. I have two from the Shifters Evolution and Ami has said she will send me The Mers so they will all be around. :)

Wow, looks like Ami has written a lot of really interesting books! :) I'll have to check her out. I always love discovering new authors! Thank you!

Stopping by to read your Teasers. Oh my goodness, from whatever to a white bear, WHOA! will have to stop by and read the review.
http://sidnebkclubreviewz.blogspot.com

I'll be inetersted to see your reviews. I'm a pretty eclectic reader myself and find it can be both rewarding but also very hit or miss!

Hi, thanks for stopping by, and also for appreciating my taste in music! :)
All the books seem pretty good, but the Shifter Evolutions series seem the best, even though I'm not the biggest sci-fi fan. I guess it's the concept that I like most about it! And it's set in Alaska, that sounds great, too! :)

Hi! Thanks for stopping by and following. I plan to follow back (my GFC doesnt work on the work computer) interesting teaser!

Thanks for posting! I'm so glad to read the readers feedback and I hope everyone gets a chance to read the shifter evolutions, it really is a series like no other with action, romance, adventure, suspense, thrills, scifi...and all the while makes you think

Great teasers! Sounds like an interesting book, might have to look into this author! Thanks for visiting my blog!

Those three are great teasers, makes me intrigued as the shifters sound very interesting.
Thanks for stopping by.

Wow, she wrote a lot. The book your teasers are from sounds gruesome! I only read one book that was set in Alaska but I liked it very much: "Touching Spirit Bear" by Ben Mikaelsen.

Thanks for following us!

Thank you all for stopping by and leaving comments. I am so looking forward to these books. Being set in Alaska is a bonus for me too. LOL. I am also interested in her other books as well. Ami has written a variety and you all know how I like variety. :D

Ami thank you for stopping by and sharing your many books with us. :)

Those shifters sound amazing! What a great idea for a story.

Thanks for stopping by my site.

Interesting set up of a series. Great teasers also.

Alexis @ Reflections of a Bookaholic said...

Awesome teasers! I couldn't help but have an emotional response.

Thanks for stopping by my TT as well.

Thanks for stopping by you all! Great to here back from readers!
amiblackwelder.bogspot.com