The Pearl Savage by Tamara Rose Blodgett
Kindle Edition
The Pearl Savage Kindle Link
Good Reads Synopsis:
"The Guardians," have saved a fragment of 1890s America in nineteen spheres when a natural disaster threatened to drive humanity to extinction. One hundred forty years later, Clara is a seventeen-year old princess that feels a great obligation to her kingdom that is encased in a steam-engineered, bio-sphere for their survival. Clara's father, King Raymond, passes away when she is only twelve, leaving the Kingdom of Ohio in the sadistic rule of her mother. Queen Ada has promised Clara's hand in marriage to an abusive prince of a neighboring sphere. When it's discovered that there are people outside the sphere that did survive, Clara deliberates on escaping Outside to a future free of abuse and tyranny. Unbeknownst to Clara, the Clan people of the Outside have their own calamity and set of perils. Those two objectives collide in an emotional and tumultuous story of love, duty and survival.
* I purchased this book. All opinions in this review are mine alone. No compensation has been received for the review.*
My Turn:
I was completely drawn into this book. So much so that I read it all the way through. Even in the dark when our electric went out. I read by candlelight. I was truly blown away by the story. It is so much more than what is in the synopsis. Queen Ada is actually Clara's step mother. When it becomes a question of her life, Clara runs away from the sphere to cross into the Outside. As she is escaping the evil prince catches up to her. Before he can do harm the Outsiders, (whom are referred to as Savages by those in the sphere), enter the sphere intent on kidnapping Clara for their own purposes. The Outsiders "rescue" Clara by kidnapping her. The Outsider's are large, strong men with gills. They need the princess in an attempt to unite with those of the sphere so they can get women to breed with. They are also seeking the rumored "select", women they are told who are special to their race and who will bond with them. Clara, it seems, is the first one of the select they have come across. This makes her more valuable to them. It also means that their plans will be changed as they can no longer negotiate her release. As a select she will have to bond to one of them. But the evil prince is hot on her trail. He has no plans of giving up marrying Clara. As if this is not enough on the Outside there is also the "fragment". They are kind of a rebel band of savages. They also need females to breed with. Clara is being chased by all. She feels the pull to certain members of the Outsiders and has agreed to choose one as a husband. But which one will it be when several want her enough to fight for her?
During all the conflicts Queen Ada herself decides to seek Clara. When she is killed she whispers to Clara the secret that she is not Clara's natural mother but her step mother. Clara's mother is ...a mermaid!
So as you can tell there is plenty of action in this book. When I got to the end of it where Clara decides she must find her mother the mermaid and she still has not chosen her husband I nearly cried. Fortunately Book two was already out. So even though it was around 3 am I bought book two.

The Savage Blood by Tamara Rose Blodgett
Good Reads Synopsis:
Matthew and Bracus of the Band travel alongside eighteen-year old queen, Clara Williamson, as she journeys to the sea to unlock the puzzle of her lineage.
Trouble strikes when the fragment absorbs Prince Frederic and undertake plans that involve Clara and her home sphere in a dangerous scheme of coercion.
It isn't long before Clara discovers the Guardians terrible secret through horrible circumstances she must escape from.
Can Clara protect herself from her own destiny?
Back to me:
In the Savage Blood we return to the Sphere and find clues to locate Clara's mother and then we are off to find her. I do not want to give away the story so I will just say there is a lot of action going on in this book too. The characters are becoming more fleshed out and we are learning more of Clara and why she is so special. This novel takes place in a future world but maintains its roots in the past. You will understand that when you read the book. Tamara did an amazing job writing the differences in language, (using archaic dialogue  with occasional modern slang - which is explained). I can't imagine the difficulty she had doing that. Kudos to her for managing it so successfully. Tamara writes in a way that you feel a part of the world she paints. You are drawn into it and you forget the world you live in. It is fantasy at it's best. If you like a fast paced, action packed, fantasy you can believe story you will love The Savage Series. You will soon be as hooked on this amazing series as I am. The most awesome thing? You can get THE SAVAGE PEARL  right now for FREE on Amazon for the Kindle. You can't beat that. So hurry over and get the free book and watch yourself be sucked into Tamara's Savage Series.  The Pearl Savage Kindle Link
Tamara Rose Blodgett Books: 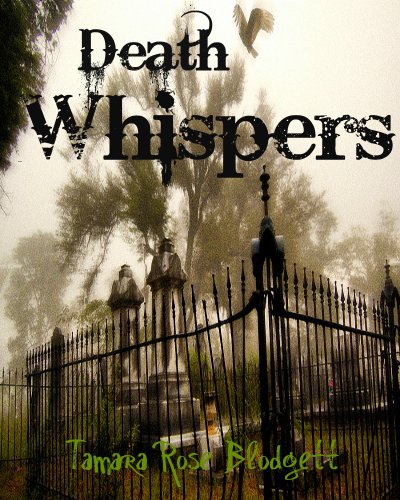 While I wait for Savage Book Three I am reading the Death Series. And I am proud to say Tamara is an ALASKAN AUTHOR! Oh yeah!
Tamara Rose Blodgett Links:
http://tamararoseblodgett.blogspot.com/
There are 2 very cool contest on here that ends Christmas Eve so check it out.
http://www.goodreads.com/author/show/4755913.Tamara_Rose_Blodgett
http://twitter.com/https:/twitter.com/#!/troseblodgett
Comments Always Welcome!
By Frances - December 20, 2011

Stopping by to see whatcha Reading. how's the weather their. How is your friends health?

Thanks for reading and reviewing my work, Cristina! That's awesome! ttys, Tamara =D